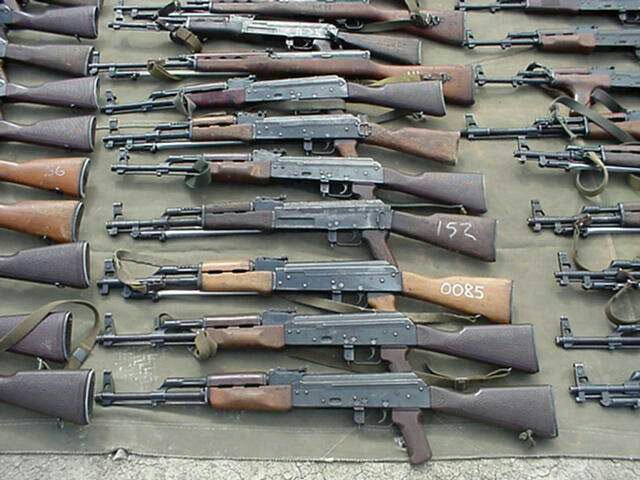 UN Chef de Cabinet Maria Viotti said the small arms and light weapons, which ended up on battlefields or urban streets and elsewhere, were a big problem for the world.

Government representatives are meeting at UN Headquarters to review global action to address the illegal flow of these light weapons.

The study estimated that there were over one billion legal and illicit firearms in the world today, including 857 million in civilian hands.

It also found that American men and women were the dominant owners, owning nearly half of all small arms in world

The report said 393 million of the civilian-held firearms – or 46 per cent – were in the U.S., adding this is “more than those held by civilians in the other top 25 countries combined”.

It said that of over one billion firearms worldwide in December 2017 also included 133 million held by government militaries and 22.7 million by law enforcement agencies.

The new global figure is significantly higher than the 875 million firearms estimated in the last survey in 2007, which included 650 million civilian-held firearms.

Viotti said while those pulling the trigger ranged from soldiers and police officers, to civilians – sometimes acting in self-defence – most are members of armed groups, terrorist organisations, criminal gangs, or national security forces who are abusing their power.

“It is not simply a question of addressing government stockpiles. Out of some 900 million small arms in the world, three-quarters are in civilian hands – the majority unlicensed.”

The UN official said controlling and regulating the flow of small arms and light weapons was a unique challenge, which required action that went beyond national security institutions.

This includes initiatives such as providing alternative livelihoods to former combatants, or working with grass-roots organisations and community violence reduction programmes.

Viotti added that small arms control was also a prerequisite for stability and conflict prevention, critical to maintaining peace and achieving sustainable development.

She pointed out that small arms and light weapons were also a factor in large-scale human rights abuses and the forced displacement of civilians.

According to her, addressing the root causes of violence and conflict is integral to reaching these goals.

The conference, underway at the UN, follows on from a 2001 Programme of Action by which countries committed to prevent, combat and eradicate the illicit trade in small arms and light weapons.