The Mobile Police Force in the troubled Maiduguri town of Borno state have blocked a major road leading to the town protesting lack of payments of their salaries and other entitlements. 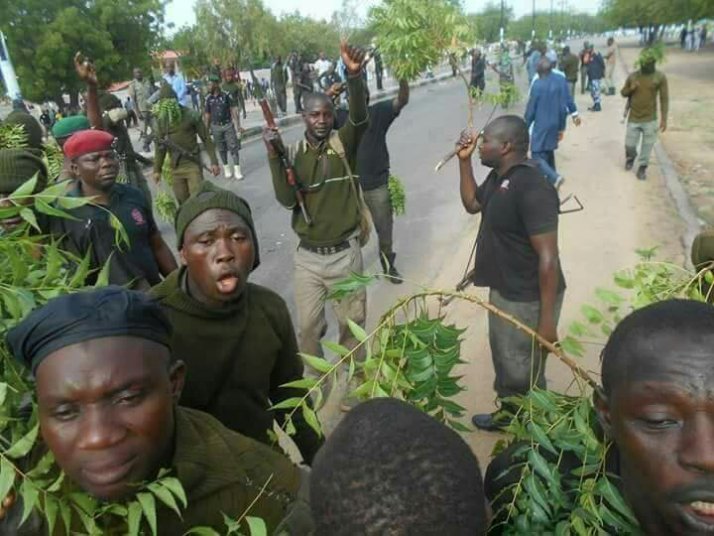 The protest which broke out Monday morning witnessed mobile policemen firing shots in the air and plucking and littering the place with tree branches.
Sources say the policemen refused to heed all forms of efforts by senior colleagues to calm them down.
Speaking on anonymity, one of the protesting policemen complained “it is wrong for us to be neglected in this situation where we are risking our lives despite the presence of the Boko Haram terrorists in the region.”
The policemen are entitled to a lot of entitlements which they have not been paid for quite a while now.