The lawyers who spoke to Vanguard in separate interviews, maintained that President Buhari’s position was a clear recipe for executive lawlessness and anarchy.

Senior legal practitioners in the country, on Monday, condemned President Muhammadu Buhari’s statement that he would continue to place the nation’s security and national interest above the rule of law. 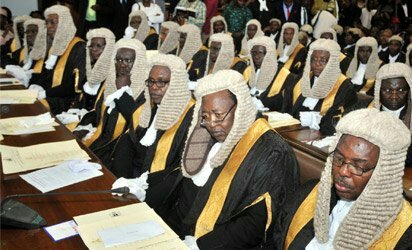 The lawyers who spoke to Vanguard in separate interviews, maintained that President Buhari’s position was a clear recipe for executive lawlessness and anarchy.

President had in an address he presented at the opening ceremony of the 2018 Annual General Conference of the Nigerian Bar Association, NBA, in Abuja, insisted that individual rights of alleged offenders would not be spared when national security and public interest are threatened. He said his government adopted the stance on the basis of subsisting decisions of the Supreme Court.

According to him, “Rule of Law must be subject to the supremacy of the nation’s security and national interest. Our apex court has had cause to adopt a position on this issue in this regard and it is now a matter of judicial recognition that; where national security and public interest are threatened or there is a likelihood of their being threatened, the individual rights of those allegedly responsible must take second place, in favour of the greater good of society”. 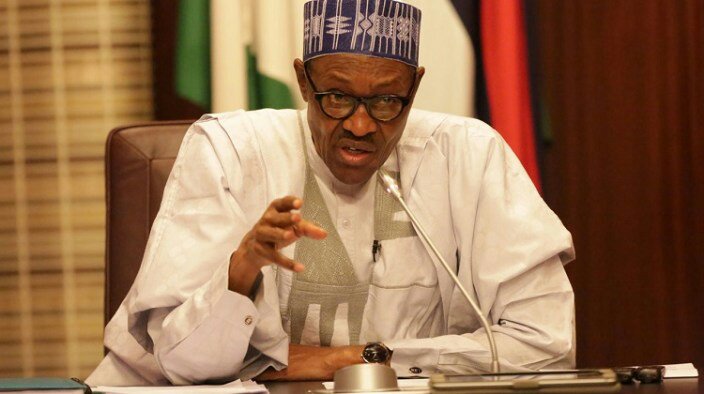 Prof. Ojukwu, SAN, said: “It is unfortunate that our President made that speech. I think there is a fundamental problem which we need to address on that issue. “If our President says that rule of law must be subject to national interest then it is an ominous sign that our democracy has failed. The civil society needs to rise to reverse that speech whether it is in substance, in form or reality, otherwise we will be in trouble”.

“Rule of law is father of national interest. As proposed by Prof A.V.Dicey, it means equality before the LAW by all persons,observance of all laws by persons and authorities and of course,obedience to court orders made by competent courts of law.

“Once a court of law has made an order for the release of a citizen on bail,the president, government and all authorities must obey the order of court. It is not for the government to pick and choose which order to obey and which not to obey, in the so called name of “national interest”.

“This is because in arriving at a decision to release an individual on bail,the court must have first heard the facts and argument of the case of both the government and the citizen.

“It tantamounts to executive lawlessness and governmental capriciouness and whimsicality to sit on appeal over a court decision to determine what amounts to national interest. Such a stance is a clear descent into anarchy and chaos”.

A country without rule of law is a lawless jungle. “I don’t know who wrote that speech, it is the first time in our jurisprudence that I will hear a President complaining that the rule of law must give way for national interest. The first national interest of a country is to subject itself to the rule of law. That implies not doing things to soothe the whims and caprices of anyone. That stops any leader from doing what he likes as he is doing today in Nigeria. “Unless he wants to take Nigeria back to 1984 when he was military head of state, when his words were law”.

Likewise, another human rights lawyer, Dr. Kayode Ajulo said: “The ultimate National interest is codified in the Constitution. Fundamental Human Rights are hinged on the rule of law and if the rule of law is now to play second fiddle, then there is a potential to trample on these rights protected under our constitution!

“The President’s statement ultra vires our constitution and every tenets of his claim as the President of our Federation and therefore the statement has no legs to stand on! No serious citizen would take him serious on it”.

On his part, a constitutional lawyer, Mr. Ugochukwu Ezekiel, said: “The process of ensuring National Security is guided by law. All structures and institutions for enforcing and safeguarding the Country are creations of law including the office of the commander -In -Chief.

“It is therefore not correct that National Security is superior to the rule of law. Rule of law is sacrosanct and it is the basis upon which citizens surrender their rights to the state. There is ample difference between individual rights and rule of law for individual right is anchored on rule of law.
“President Muhammadu Buhari must have mistaken the Supreme Court decision in Asari’s case on right of private citizens being subject to public safety and security to mean that rule of law is subject to National Security. “Once rule of law is subjected to perceived need for National Security which is determined by one man or group of men without the requisite checks and balances as provided in our Constitution and other extant legislations, dictatorship is born and democracy takes flight”.

Vanguard Newspaper of AUGUST 27, 2018 in the NEWS segment By Ikechukwu Nnochiri