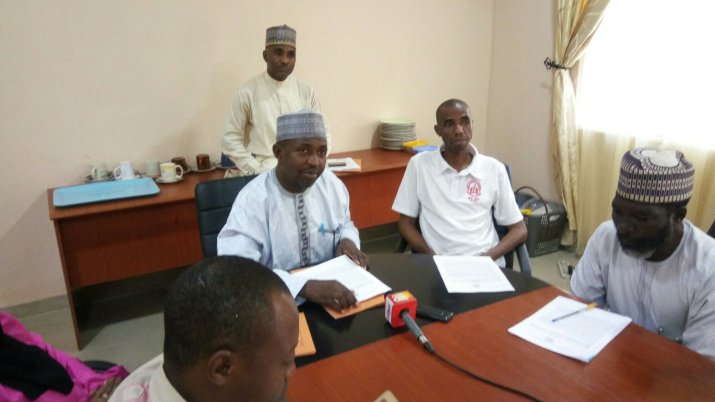 The Academic Staff Union of Universities (ASUU) has denounced moves by the Chairman of the Government Renegotiating Team with ASUU, Dr. Wale Babalakin (SAN) to introduce payment of tuition in universities and establish Education Banks.

This was stated by the Kano zone coordinator of ASUU, Mahmud Muhammad Lawan in a press conference in Kano on Wednesday.

“The chairman has deliberately disregarded the cardinal principles of collective bargaining, delayed the process, relegated the other members of the FG team to the background and arrogated to himself the power of decision making in matters that should be collectively debated and agreed upon by the parties to the renegotiation” he declared.

He explained that payment of tuition in Nigerian Universities is unconstitutional as education is a right and a public good. The introduction of education banks will do nothing better than enslave students and make them indebted for life.

However he declared that ASUU is with the Labor Union in its strife for the betterment of the life of Nigerian workers in the country who are also the producers and sustainer of its wealth.

Responding to questions by newsmen, he lamented over the lack of responsiveness on the side of the government that he said is trying to destroy university education as it has done to primary and secondary education declaring that ASUU will not concede to that.

Lawal further explained the failure of government in making education better in the country saying it has failed in committing up to 10% of budget allocation to it whereas if requires not less than 26% at least.

He added that there was no logic in creating new universities whereas the existing ones are under-funded declaring thereafter that ASUU is against that.

On whether going on strike is the only solution for the labor in the country, he challenged that if there is any better step to be taken let it be brought forward. He explained that strike has always been the last resort after exploiting all available negotiation channels in vein.

“To ASUU strike is always the last option to make government responsive because it appears they don’t understand the language of negotiations” he declared.

The union finally requests all well-meaning and patriotic Nigerians to prevail on the government to return to the negotiating table and conclude the 2009 ASUU/FGN agreement and address the outstanding issues in the 2017 MoA in order to avoid industrial disharmony in the Nigerian University System.

“There is need for government to understand that governance is about responsibility, integrity, honor, respect and accountability to the people of Nigeria. Once you enter into negotiation with trade union, you have to complete it and eventually ensure the full implementation of the agreement reached” he stated