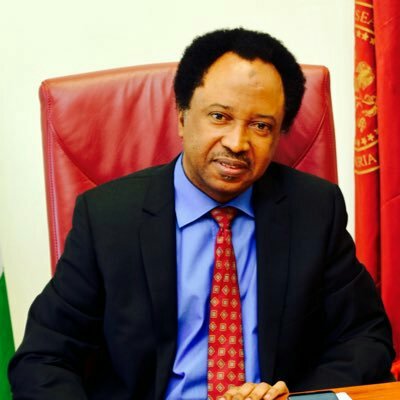 The Chairman of the APC Electoral Panel that superintended over the party’s just concluded primaries in Kaduna State, Mr. Matthew Iduoriyekemwen has accused Senator Shehu Sani of offering the committee N10 million bribe to get an affirmation for his controversial automatic ticket.

But in a swift reaction, Senator Sani dismissed the allegation as “condensed lie and falsehood,” saying that he had no need to offer any body any bribe.

Speaking with journalists, Mr. Iduoriyekemwen alleged that Senator Sani tried to offer the bribe through a member of the committee in order to influence the outcome of the recently held primaries.

He said: “The only person in Kaduna State who offered me money was Senator Shehu Sani, through one of my committee members who was told to inform me that N10m gift was set aside for the committee chairman. I said we didn’t need the money. I asked them what the money was for. Even after the primaries, before the announcement of results, Senator Shehu and his men put pressure on us to come and take the money. He called me several times, but we made it clear to him that we don’t need cash inducement at all.

“He (Senator Sani) tried to convince me that he was the sole candidate and that was why I must accept the money. I told him point blank that I was in Kaduna on assignment for the National Working Committee, with a brief to do free and fair primary elections for duly-cleared candidates.”
Mr. Iduoriyekemwen, who was also a former Majority Leader of Edo State House of Assembly and one-time board member of the Niger-Delta Development Commission(NDDC) also expressed readiness to forward the telephone number of his committee member, through whom the pledge of N10m offer was announced to the leadership of the panel.

The Electoral Panel Chairman also expressed satisfaction with the manner in which the election was conducted, describing it as “peaceful, orderly and rancour-free.”

But reacting to the allegation, Senator Sani said he had no reason to offer anybody any bribe.

A statement signed by Senator Sani’s political adviser, Suleiman Ahmed said the allegation was the handiwork of some unnamed officials of the Kaduna state Government who were bent on tarnishing the name of the senator.

“The attention of the distinguished Senator Shehu Sani has been drawn to a fresh regime of lies disseminated and peddled by the APC Kaduna Central primary panel chair as supported by elements of the Kaduna State Government that distinguished Senator Shehu Sani had, through a proxy, offered to “Bribe” the chair of the electoral panel with the sum of N10m which he “rejected.” That is nothing but a condensed lies and outright falsehood.

“The distinguished Senator never delegated anyone to act on his behalf as far as the mischievous allegations are concerned.

“The distinguished senator had made it publicly known before the illegal primaries that he would not partake in an exercise that clearly violated the rules of the party and a court order obtained by the Governor’s candidate Uba Sani.

“The APC primary election committee was hosted and monopolized by the state governor’s aide in a hotel. It’s inconceivable that the senator will contemplate engaging in such an unwholesome and immoral act.
“The position of the distinguished senator remains that the so called primaries were illegal and nothing but a futile premeditated exercise aimed at producing Uba Sani as the party’s candidate.

“The said ‘bribe’ is an afterthought and nothing but a work of fiction by a panel that did the bidding of Uba Sani and his cohorts. Distinguished Senator Shehu Sani remains the only candidate cleared to contest the Kaduna central APC,” he said.